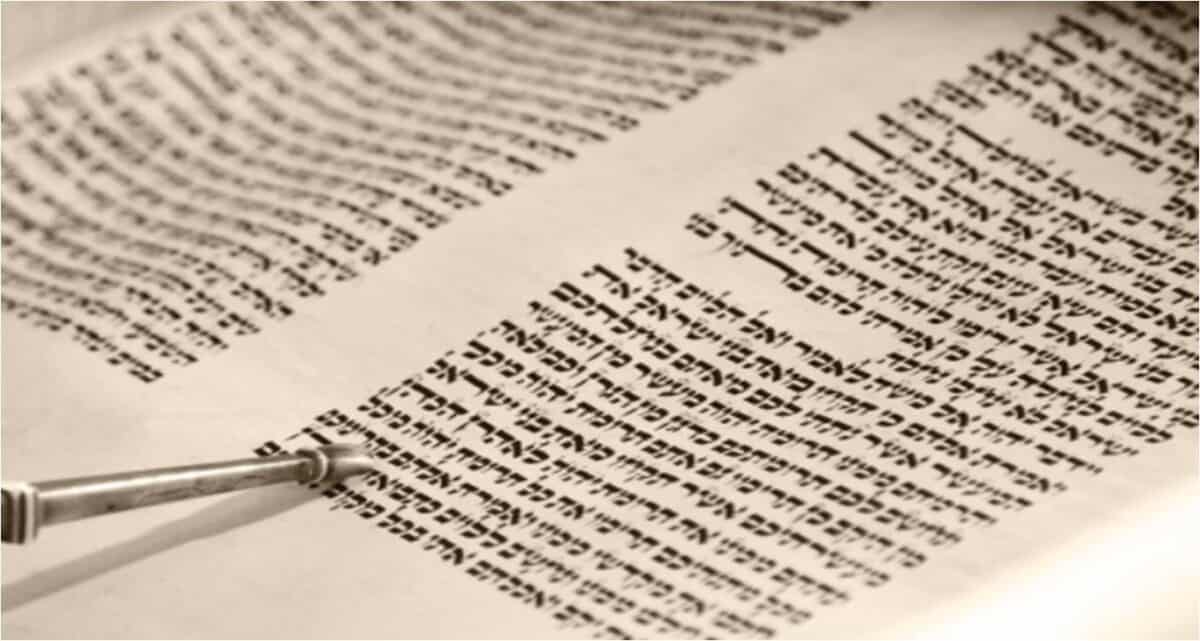 The Bible is an amazing source of knowledge.

The Bible’s first words –in Genesis 1:1- comprise the most recognized phrase in the world:

These words are not only recognizable. They are scientifically accurate.

They were penned 3300 years before scientists –like Hubble and Einstein– finally came to the same conclusion as Moses.

The universe had a beginning –just as Moses wrote in 1300 BC.

But scientific accuracy isn’t why the Bible was written.

The Bible is an incredibly accurate source of archaeological information.

But that’s not why the Bible was written.

Everywhere the Bible has had a strong influence, women are treated with more respect.

Just look at the nations that have embraced the Bible and you will see more women enjoying the same rights and privileges as men, and these nations are better for it.

But equal rights for women are not why the Bible was written.

The scientific method is the way scientists think.

It’s a set of patterns, beginning with observation, hypothesis, testing and conclusion.

The discovery of the scientific method occurred in Christian Western Europe by Christian scientists.

Where did they get the idea for the scientific method?

They got it from the Bible. But the scientific method is not why the Bible was written.

Nations that embrace the Bible were in the vanguard of abolishing slavery.

Nations that abolished slavery became wealthier and all their people became healthier and happier.

The Bible proclaims liberty and freedom for all people.

And where the Bible is preached and taught, there is liberty and freedom.

There are many more advantages to the nation, the society, the government and the family that use the Bible as their guide.

But as incredible as they all are, these are merely side benefits to the Bible.

The central story is so much more important!

While the benefits mentioned above are very great, they don’t come close to the real reason.

So many times, we concentrate on the side issues instead of the main issues.

The Bible is God’s unfolding revelation –a revealing of Himself- to a world that is desperate for good news.

It’s the story of how God created earth as a paradise.

And it’s a story of how man messed things up really bad and made earth much less than what God made it to be.

Then it’s what God did to give man another chance –a chance to see things made right again, even though man doesn’t have the capacity to make things right on his own.

God had to come to earth in the form of a man in order to make things right again.

He had to first tell man –years, decades, even centuries in advance- so man could see God’s divine plan take shape and see the fingerprints of an eternal, loving and powerful God at work.

This is how we could see the evidence that God exists and foreknows history –something mere mortals can’t do.

Who Wrote the Bible?

God filled men –more than 35 of them– with his Holy Spirit to write the Bible.

They wrote over a period of 1500 years. Every writer agreed 100% with all the other writers.

The kind of foreknowledge they had –writing of people and events that would take place many years later- and writing with wisdom about matters that would only be discovered by other means centuries later -could only come from a divine source.

And what was the biggest event they foretold?

It was the coming of the Messiah, the Christ, the Promised One -the One who would reconcile God and man once again.

Messiah’s name is Jesus Christ. He is the only way God made for this divine reconciliation.

And too often, this story goes untold. It’s the whole reason for everything else in the Bible.

You see, our salvation comes at a price greater than we can ever pay.

We have no other choice but to come to the only one who not only can pay the price of our redemption, but he already paid it in full for us.

He loved us enough to pay the price for our sin- our falling short- before we were even ready to accept his free gift of salvation.

The same God who created all things will one day create a new heaven and a new earth and invite those who accepted his free gift to join him there for eternity.

But those who don’t believe –and don’t accept his free gift of salvation- meet the very sad and different end of eternal punishment.

So all the incredible facts you read earlier are great.

But nothing comes close to the eternal security -and eternal life-the believer in Christ has.

And that is why the Bible was really written.