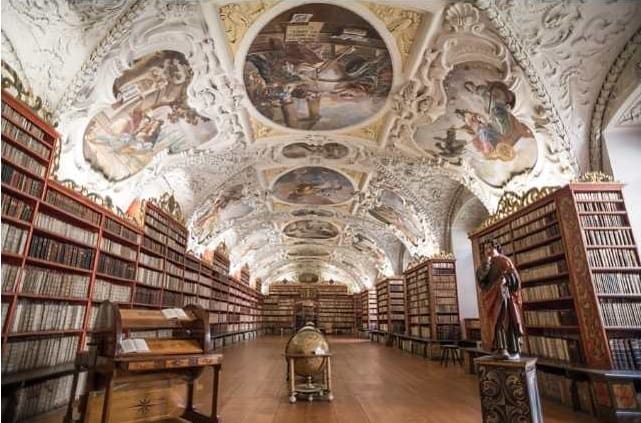 The Bible was originally written in Hebrew (Old Testament) and Greek (New Testament).

But most people reading this probably don’t speak Hebrew or Greek.

So we have to translate from the original language to the language of the audience. In our case, it’s English.

And we English speakers have an amazing number of great translations and great versions to choose from.

So how many versions of the Bible are there?

Approximately 500 English versions of the complete Bible have been written over the last few hundred years. Of those, nearly 100 versions are currently in print.

There are also at least 704 translations of the entire Bible into other languages as Christians carry out the Great Commission (Matthew 28:16-20) to preach the Gospel to every creature.

On top of that, the New Testament has been translated into at least another 1551 languages…and counting.

These translations have been prepared for the many language groups still being reached for the first time in remote locations around the globe. There are even portions of the Bible that have been translated into an additional 1160 languages!

But there are still many more people groups that have not had the Bible translated into their language.

Why are there different English translations of the Bible?

The Bible is the #1 selling book in world history. It continues to outsell every other book.

The Bible is so far ahead of any other book that the New York Times list of best-selling books dropped the Bible off its best-seller list decades ago, because it just wasn’t news anymore!

The Bible was always #1 by a wide margin.

And it still is! To the tune of 100 million copies-per-year!

So why do they keep making more translations, when we’ve already got so many great English translations of the Bible?

There are just a few major reasons we have so many different English translations:

The English language is always changing

…and translators are working hard to keep up with it. Our language is probably the fastest-changing major language in the world, with fresh new words added daily.

But the vocabulary isn’t the only thing about our language that changes. Grammar and syntax have also changed through the years, due to many influences.

Just read Shakespeare or the King James Version (KJV) of the Bible!

You can see for yourself how much the English language has changed over the last 400 years.

And note the slang words that have entered your own vocabulary in just the last few months!

We now have better original scrolls than the King James Version translators had available to them.

The Dead Sea Scrolls were discovered in 1948 and they were over 1000 years older than the previous Old Testament scrolls.

So they were 1000 years closer to the source.

Also since the King James Version (KJV) was first published, many additional New Testament scrolls became available. These scrolls greatly improved our knowledge of the Bible.

The KJV leaned heavily on a source known as the Textus Receptus as well as the Tyndale Bible and other earlier English Bibles.

Tyndale himself even used Martin Luther’s German translations to help in his efforts.

But -many years later- in 1947- the Dead Sea Scrolls were found. They were dated from the 3rd century BC to the 1st century BC, and they were found to be of superb quality.

Since these newly-discovered scrolls were better than the previous scrolls, does this place the originals in doubt?

No! It gives us even more confidence in the original Word of God.

Now that we have more scrolls, we can compare them in various ways to increase our confidence of the originals in a scientific, statistically-driven manner.

Different translation methods have been adopted through the years.

There is “word-for-word” and “thought-for-thought” and there are paraphrases and amplified Bibles.

These Hebrew words bring a better cultural and theological understanding of Old Testament events that have a bearing on New Testament realities.

But there’s so much more than just a few Hebrew words!

We Christians owe so much to the Jewish believers (Messianic Jews) who show us connections between the Old Testament and the New Testament that we might never see on our own.

Here are two Jewish New Testaments worth a look.

Both of these translations come highly acclaimed!

There are even translations that appeal to a wide spectrum of reading abilities for English learners, people with learning challenges on one end of the spectrum to scholarly readers on the other end.

Don’t underestimate the importance of finances.

The English-speaking world –especially Europe and North America- have historically been the source of some of the greatest missionary efforts and the publication of Bibles in indigenous languages in history.

This is largely due to the prosperity of the Christian world. God’s Word is “a lamp to my feet and a light unto my path.”

Everywhere the Word of God goes, it brings blessings of many kinds along with it.

Publication of a new Bible translation requires a lot of resources.

Since the Bible is the biggest-selling book in world history, all those sales allow for the funding of top translators and scholars to provide highly accurate translations.

Why is the Bible in so many languages?

Ever since the resurrection of Jesus Christ and his multiple appearances to hundreds of people before his ascension, believers have followed the Great Commission and preached the Gospel to every creature.

Missionaries quickly recognized the need to translate the Bible into the target language of their audience.

Any person who has learned a second language knows that your reading comprehension is still better in your native language.

So through the years numerous Bible translation societies have taken up the task of translating Bibles into many languages.

Many times, the translation effort begins with one book at a time. Believers are thrilled to read even only one book of the Bible in their heart language!

Sometimes the Bible can be translated into a family of languages. Once they begin with a key language, it becomes easier to translate the other ones.

Many people in newly evangelized areas quickly embrace the sweetness of the Gospel. They find that suddenly everything makes sense now!

They have found the key that unlocks the door to so much understanding!

But without a Bible in their own language, their learning is hampered and their spiritual growth is slowed.

A translation into their native tongue makes such a big difference. Now the gospel spreads even faster and the church grows deeper because of the exposure of many to the Living Word of God!

There is one success story after another of unreached people groups growing and prospering after the entrance of the Word of God into their cultures.

Then these people come back to the missionary organizations that did the hard work in the early years and revitalize them!

Why was the Bible not allowed to be translated into English?

Why would nations try to prevent a way of thinking that has produced the best, the wealthiest, the most technically adept and the most stable and prosperous societies in world history?

Because Christianity shines the light in dark places.

And when people in high places love the darkness rather than the light, they will resist the Gospel of Jesus Christ.

This darkness can take various forms. Sometimes it comes from tyrannical rulers.

There’s no more stark a reminder than this nighttime satellite image of the Korean Peninsula.

South Korea –which is strongly Christian- allows the free expression of all religions and ideas.

It is one of the wealthiest nations on earth despite being torn apart by a major war only two generations ago and living under a constant imminent threat of war.

And nothing illustrates this better than the bright lights that illuminate South Korea at night.

In North Korea, there is no freedom of any kind.

Could the contrast between the two possibly be any clearer?

The North Korean State Religion is a type of Stalinist Communism that worships the memory of a dead tyrant who killed many people in order to consolidate his power on the Hermit Kingdom.

North Korea is one of the poorest and most backward nations on earth.

And the darkness over North Korea in the satellite photo stands in stark contrast with the brightness over South Korea.

Other times the darkness comes from other people who claim to love the gospel message.

Sometimes it even comes from certain church hierarchies. This is even sadder because we expect more from people who are so much closer to the truth.

We aren’t surprised at the many examples of ruthless devils persecuting their own as we see in North Korea and other places.

But when the persecution comes from within the church, it’s even more galling.

A true story we seem to have forgotten is that the Pilgrims who sailed to America on the Mayflower in AD 1620 were persecuted in Great Britain for the crime of not attending the official state church.

In this time, you were not allowed to start your own church.

The men in this group were imprisoned for daring to hold their own church services.

The women and children were left to fend for themselves while their husbands and fathers were unjustly imprisoned. When they tried to escape by ship, they were found and the ship was impounded.

They struggled for years to finally get to America where they could worship God and live in freedom as the Bible teaches.

Learn from these brave souls: When we face all kinds of troubles, we are not alone.

The Lord faces them with us:

During the Roman Empire, the Bible was first translated into Latin by Jerome in AD 404. For hundreds of years, Latin was the language of the majority of Christians.

In this time, the Bible was not accessible for all.

Manuscripts had to be written by hand by scribes. It was expensive and the literacy rate was low.

Each church had a large Bible chained to the lectern, so it wasn’t very convenient for personal study and devotion.

Christianity spread to many nations throughout Europe where Latin was not the spoken language, so people naturally wanted to read the Bible in their native language.

But the most powerful tyrants recognized that knowledge is power. We still see this today.

And in order to exert power over people, tyrannical rulers needed to restrict the power of the people they rule by controlling their access to information.

William Tyndale is well-known for publishing the Tyndale Bible. In order to do his work, he had to flee England and do the translating across the channel in Antwerp.

Tyndale was betrayed and sentenced to death for heresy in 1536. His last recorded words were “Lord! Open the King of England’s eyes.”

The Lord answered Tyndale’s prayer in an amazing way!

Knowledge is power. So it’s been said.

If knowledge really is power, just imagine how much more powerful it can be when it is joined with Biblical wisdom!

The Bible brings so much wisdom, knowledge and understanding to people everywhere it goes. And it’s so much better when it’s translated into a language people can understand.