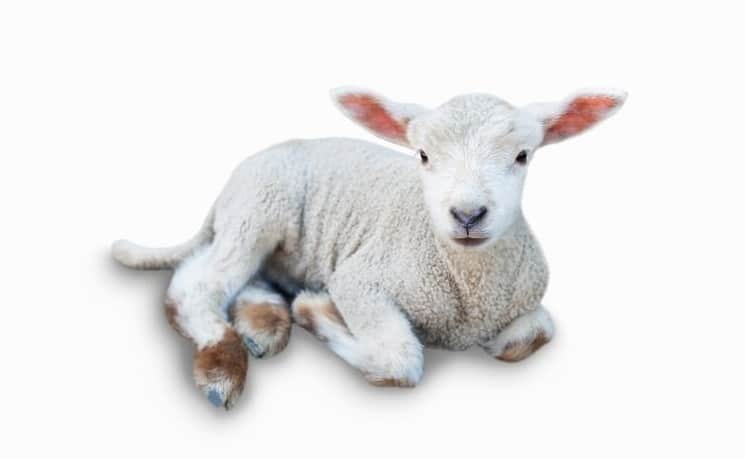 Why is Jesus called lamb of God?

In John 1:29, the Bible records the strange first meeting of John the Baptist and Jesus Christ since their meeting as fetuses in their mother’s wombs in Luke 1:41.

Why such a strange greeting? Why did John call Jesus “the Lamb of God?” And why did he call him this even before Jesus died and rose again?

Jesus’ entrance on the scene in Jerusalem was prophesied hundreds of years in advance in dozens of places in the Old Testament. And the yearly Passover feast where the lambs were sacrificed was a prophetic foreshadowing that the Son of Man would sacrifice himself to save all who would believe.

Then what special knowledge did John the Baptist have at this time when Jesus’ ministry was just beginning?

John the Baptist had very special knowledge about Jesus as the Lamb of God that you probably never learned about in Sunday School.

He gained this knowledge because he was a member of the Jewish priestly tribe called the Levites.

Jesus himself said there was no one greater than John the Baptist:

What does it Mean that Jesus is the Lamb of God?

John’s knowledge goes back to the ancient writings of the Old Testament. These writings were written 400-to-1500 years before the birth of Jesus Christ.

The origin of the idea of the Lamb of God goes back to the Passover.

We first learn about the Passover in the Book of Exodus. After the ten plagues God sends to Egypt, the Israelites are finally released from slavery and they head for the Promised Land.

But not before this peculiar rite called the Passover, where each head of a household is responsible to select a lamb from the flock.

This lamb must be a one-year-old male. It must be pure white, and perfectly formed. It must be completely healthy.

Then they are to do a very peculiar thing. They bring it inside their home and have it live with them for four days.

Then on the Passover day, they sacrifice the lamb and roast it and eat it in haste with bitter herbs.

Then they are to take the blood of that lamb with a branch of hyssop and paint both posts and the lintel of the front door of their house with the blood of the lamb.

7 “Then they shall take some of the blood and put it on the two doorposts and the lintel of the houses in which they eat it. 8 They shall eat the flesh that night, roasted on the fire; with unleavened bread and bitter herbs they shall eat it.  Exodus 12:7-8, ESV

If you look closely at the blood on the posts and lintel and connect the dots, it’s easy to see that it’s in the form of a cross over the door. This is a prophetic sign of the cross around 1300 BC – 13 centuries before the fact!

(Here’s where to learn about the meaning of BC and AD.)

Lambs, sheep and shepherds are mentioned often in the Bible. The Old Testament Hebrew people got their start as sheep herders.

We call them shepherds.

The Psalms of David teach us many facts about sheep and shepherds.

The lamb became very significant to the Jewish religion at the first Passover. Each family had to sacrifice a lamb and paint their front door lintel and posts with the blood from that lamb.

This was repeated every year at the time of Passover.

It was a prophetic foreshadowing of the Lamb of God that would come to permanently remove our sins once and for all time. And the Passover continues to be celebrated today.

So why is Jesus called the lamb of God?

John the Baptist was the first to call Jesus the Lamb of God.  John was uniquely qualified for this duty since he grew up the son of a priest -a Cohen from the tribe of Levi.

Jesus is the Messiah –the Savior –and he alone fulfilled the Old Testament prophecies (paid Amazon link) of the suffering servant who would take our place and die for us and fulfill the law that we never could.

He is the human embodiment of the Lamb of God.

He alone lived a perfect sinless life and was silent before his accusers as was prophesied by the Old Testament prophet Isaiah over 700 years before the fact.

When he returns, Jesus will fulfill the Old Testament prophecies of the powerful and victorious Lion of the Tribe of Judah.

He will vanquish all of his enemies and usher in a time of peace and prosperity never seen before in world history.

Why Are Lambs a Purity Symbol?

The Old Testament books of Moses (The Torah) tell us the true story of the Passover.

Each family was to select a lamb from the flock. The lamb was to be perfect. You couldn’t sacrifice a lamb that was blind or lame, or spotted.

This did not begin with the Passover.

When Adam and Eve sinned against God in the Garden of Eden, they quickly realized they were naked and sewed fig leaves together to cover themselves. (Genesis 3:7)

But next thing you know, God Himself covers them with skins. (Genesis 3:21)

Skins? Where did God get skins?

From animals. Dead animals. Animals that never sinned against God.

The animals whose skins God used to cover Adam and Eve were innocent. So the death of the innocent was used for the benefit of the guilty.

And who is guilty? All have sinned and fallen short of the glory of God. This includes me and you.

And the penalty of sin is death.

And this is exactly why Jesus came. And it’s why he is called the Lamb of God.

The Passover Lamb was a foreshadowing of how God would send His Son to die on the cross in our place. The righteous for the unrighteous.

The innocent for the guilty. The sinless for the sinful.

So when John the Baptist made that amazing proclamation of Jesus as ‘the Lamb of God, pure and holy” he full well knew what he was talking about.

Later, when the time of Christ’s passion arrived, it all unfolded just as it had been foreshadowed in Exodus.

Just as the family would kill and eat the lamb four days later on Passover, Jesus was crucified four days after his entry into Jerusalem.

And that’s not all.

Immediately after the Passover feast are two more major feasts on the Jewish calendar. First there is the feast of Unleavened Bread. Then comes the feast of First Fruits.

These feasts come in rapid succession only a few days after Passover. They all happened in the book of Exodus. And they all tell us of the Redeemer who would come.

The feast of Unleavened Bread is a time of cleansing. All the yeast is removed from the house as a sign of the sin being gone.

Then comes the Feast of First Fruits. This is a celebration of the first harvest of the year.

Jesus Christ is the First Fruits of what is to come. One day we will see him as he is. We will not look through a glass darkly, but see him face-to-face!

Jesus Christ is the eternal Son of the Father. He was with the Father and the Spirit since eternity past.

God’s plan of salvation has always included the sacrifice of the Son as the Lamb of God. In the World, we tend to think of the race always being won by the strongest, but the Lamb of God came to sacrifice himself for us.

He momentarily set aside his crown so we could have fellowship with him and wear the crown of salvation that he earned for us.