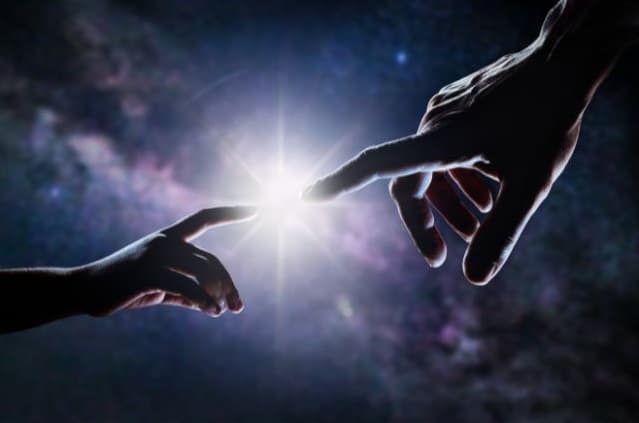 Son of David. It’s a fascinating and important title for the Lord Jesus Christ.

Hidden within this simple title is a wonderful mystery you might not know. We’ll discuss it very soon.

It’s not his only title, but Son of David is a very unique title with profound layers of meaning.

The genealogy of our Lord and Savior Jesus Christ plays a fundamental part in the New Testament and the Bible as a whole.

Why? Because –as you will soon see- God promised David around 1000 BC the Messiah would come through his genetic line.

The Gospel according to Matthew begins by presenting the lineage from Abraham to Jesus.

On the other hand, the 3rd chapter of Luke gives us the lineage of Jesus all the way back to the first human being created by God – Adam.

Jesus Christ is referred to as the “Son of David” a total of 12 times in the Bible (all found in the New Testament).

Even Matthew 1:1 opens up by calling Jesus the “Son of David”.

But… King David had passed away many generations previous to Christ’s birth – how could he be the father of Jesus? And why is Jesus called the Son of David in the first place?

Jesus is called the Son of David because in His humanity He is a direct descendant of the house of David as a fulfillment of this Old Testament prophecy:

Here we find God’s promise to David that He will raise up offspring from David’s line, whose throne will be established forever.

With that being said, Jesus still had a legal human father in Joseph.

Jesus Christ is True God and True Man. He has two natures; divine and human. This is why he is known as Son of God and Son of Man.

Below you will learn why and how Jesus Christ was begotten as the seed of David according to the flesh:

How is Jesus Son of David?

Jesus is a direct descendant of David, as evident from the very beginning of the Gospel of Matthew.

The first book of the New Testament starts by revealing the genealogy of Christ by listing all generations from Abraham to Jesus.

So as you can clearly see – our Lord and Savior came from the bloodline of King David, according to the Holy Scripture.

And since Jesus is a descendant of David, He is also of the Hebrew tribe of Judah as David himself was.

That’s why in Revelation 5:5 we see that Jesus is referred to as “Lion of the tribe of Judah” and “the Root of David”.

It’s all about Jesus Christ, and scripture proves it.

The specific lineage of Jesus is also found in another place in the New Testament – Luke 3:23.

But Luke gives us a different perspective and he also goes all the way back to Adam, the first man created by God.

Even more so, Matthew says that Jacob is the son of Joseph (Jesus’ legal father), but in Luke, we find that Heli is the father of Joseph.

So, can this be a potential Biblical contradiction?

Not in the slightest!

Why do the Genealogies in Matthew and Luke differ?

But is that true?

There’s another explanation passed down to us through an early church historian. He explains that both genealogies are of Joseph, the legal father of Jesus.

This explanation is based on the elegant solution that came down to us through the work of 4th-century AD historian Eusebius, and you can view the video of Eusebius’ explanation here.

Or in other words, by the law – Heli was Joseph’s biological father, but the legal father of Joseph was Jacob.

Thus, Joseph was the son of both men as part of ancient Jewish traditions.

So Jacob became the kinsman redeemer –the goel– just as Boaz had become Ruth’s goel. And now Messiah –Jesus Christ became our goel -our redeemer!

Now that the mystery is revealed it all makes perfect sense!

Jesus Blatant Claims to be God

Why is Jesus Called Son of Man?

Did David Kill a Lion in the Bible?

What’s the Difference Between God and Jesus?

Which son of David did Jesus descend from?

Jesus’ line came through Solomon (through Jacob) and Nathan (through Heli).

Wow, so you want to tell me that Jesus is a descendant of not 1 but 2 of David’s sons?

Solomon and Nathan were brothers.

They were given birth by Bathsheba whom David married following the death of Uriah the Hittite (2 Samuel 11:27).

However, Solomon is found in the genealogy of Jesus listed in Matthew 1:6, while Nathan is found in Luke 3:31.

This means Christ came from the family tree of both brothers.

This also means that the Son of David is a direct descendant of David through two prominent sons Solomon and Nathan.

Or in other words, both Joseph and Mary were descendants of David and so is their son Jesus.

Thus, God kept His promise that He will raise up a new King from David’s seed, whose throne will be established forever.

That’s absolutely fascinating and yet another proof that the Word of God is truth – all glory goes to our Heavenly Father!

Why is Jesus called the Son of David and not Joseph?

Simple – “Son of David” is a title. A Messianic title.

You see, this title is much more than a simple statement regarding the physical lineage of the Lord.

Let’s stop for a second and go to Matthew 21:9 when Jesus entered Jerusalem sitting upon a donkey, fulfilling yet another Old Testament prophecy.

The multitudes were filled with joy, praising the Lord and shouting “Hosanna to the Son of David.” –Matthew 21:9

This shows that the Israelites of that day –who were welcoming their Messiah to Jerusalem on Palm Sunday- were fully aware that he would be a descendant of King David.

“Hosanna” is the English expression of a complex combination of Hebrew words.

It’s a plea for salvation and it literally means “I beg you to save” or “please deliver us”.

Do you now see the real meaning behind the title “Son of David”?

Let me help you – these people acknowledged Jesus as the Messiah by referring to Him as the Son of David.

The shout of the multitude was a cry for salvation -recognition that Jesus has the ability to forgive sins and save.

These people realized that the prophecy found in Zechariah 9:9 was fulfilled as the promised King arrived meek, sitting upon a donkey – a colt the foal of a donkey.

Mark 12:35-37 gives further proof that Son of David is more than a Physical Reference:

In this particular verse from the Gospel according to Mark, we find Jesus confronting the religious leaders.

The Pharisees and the Sadducees were well aware of the prophetic significance of this Messianic title.

And they sure weren’t happy that people called Him the Son of David.

Jesus makes a further point by saying that He is referred to as the Son of David.

David himself, in the Holy Spirit, declared’

“The Lord said to my Lord, Sit at my right hand until I put your enemies under your feet.” Mark 12:36, ESV

Christ continued with the rhetorical question

The religious leaders at the time refused to acknowledge that Jesus was the promised Messiah.

Christ is the ultimate fulfillment of Old Testament prophecies and the promised Messiah.

He is the Son of David and at the same time the One David called Lord.

Why is Jesus called the Son of God?

Jesus is called the Son of God because He is God’s only begotten Son as revealed in John 3:16.

Although Jesus had a human, legal father in Joseph and a human birth mother in Mary, he was and is the eternal Son of God, the Alpha and the Omega, the beginning and the end.

Despite the fact that he had legal, human parents, His Father was God.

In Luke 1:35 we find that an angel informs Mary (a young virgin woman) that she would miraculously conceive by the Holy Spirit and that she would give birth to the Son of God.

This Son of God was Jesus – God in the flesh.

And if we take a look at John 14:9, we see that, according to Jesus’ own words, anyone who has seen Him has seen the Father also.

I fully realize that it’s difficult for us to grasp this concept.

How can Jesus be born of a woman, yet still be God in the flesh -and while having a human father (Joseph) still be the Son of God?

Well, a great Bible verse comes to mind – Isaiah 55:8 “For my thoughts are not your thoughts, neither are your ways my ways, declares the LORD.”

Jesus is 100% God and 100% Man. He is fully divine and fully human. He is just what the Messiah was prophesied and expected to be.

Jesus Son of David scripture: Where do we find this ‘title’ in the Bible?

The “Son of David” title (written in the exact same way) appears 12 times in the New Testament when referring to Jesus.

These are all the Bible verses that refer to Christ as the Son of David, using the same words:

Ultimately, “Son of David” is so much more than a mere reference to Jesus’ physical genealogy.

A Messianic title that belongs to our Lord and Savior who fulfilled God’s promise found in 2 Samuel 7:12-13.

Yes, Jesus is a direct descendant of David.

And he is the true God. Lamb of God, Master, Christ and Lord -without beginning or end.