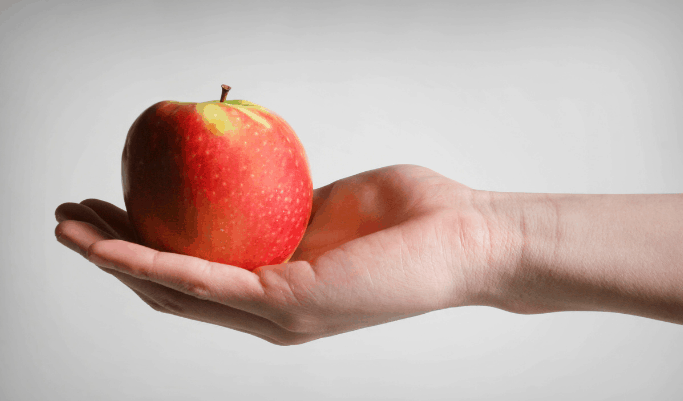 The number of foods the Bible says not to eat is a surprisingly small number.

This number of forbidden foods in the Bible is so small, it may come as a shock to many.

When we talk about small numbers, it’s hard to find a smaller number than this one:

That’s the number of foods the Christian is commanded not to eat. Zero.

It will come as quite a revelation to a few folks. I know.

But stick with me on this, and you will soon see exactly why there is no dietary restriction for the believer.

I know some will ask:

For the Christian the answer is clear.

Pork -and these other foods- do not show up on a list with zero forbidden foods on it. And you can read Why Christians Can and Should Eat Pork here.

Wait a minute. Isn’t pork forbidden in the bible? And now you’re telling me that it’s OK?

Isn’t Leviticus the gold standard on this subject?

And what about shellfish and the other animals in Leviticus?

And I know there are a few Christians who preach that we should abstain from pork and other unclean animals due to Leviticus.

You can see where I already covered Leviticus 11 here –and it’s absolutely crystal clear.

Christians can –and should- eat pork, shellfish and other animals that are regarded as unclean.

Leviticus is part of God’s word. It’s the Law.

God’s laws are beautiful. And they are righteous and holy. Leviticus is a wonderful part of God’s Law.

But the dietary law of Leviticus is strictly ceremonial.

When Jesus came and was crucified for being King of the Jews (signified by the inscription INRI above his head on the cross), he fulfilled all the requirements of the Law.

Our trust, faith and belief in Jesus and his completed, atoning work is all that’s required to fulfill a law that we could never keep in our own strength.

Let’s make sure we approach it with understanding.

While Leviticus is a very important part of God’s law, it isn’t necessarily the best starting point for this conversation.

We can come back to Leviticus a little later.

What Foods Does the Old Testament Say Not to Eat?

First let’s consider what Jesus said in the New Testament about the dietary laws.

The Pharisees had just criticized Jesus because his followers did not adhere to the rigorous hand washing rituals of the Law.

The Pharisees thought they had him cornered. Jesus replied with an answer they never saw coming.

Imagine their shock when Jesus cut right to the core of the issue.

Just before that, Jesus had told them their hearts were far from God:

This people honors me with their lips,
but their heart is far from me;
in vain do they worship me,
teaching as doctrines the commandments of men.

The Pharisees were scrupulous in maintaining very proper external appearances, but Jesus could see that their hearts were wicked.

They did not pay any attention to the inner things.

What Foods Does the Old Testament Say to Eat?

Many people are surprised by this Old Testament verse that comes even before Leviticus:

“Every Moving thing shall be food for you. And as I gave you the green plants, I give you everything.” Genesis 9:3

This is what God said to man before the Law of Moses was given centuries later.

When I see some folks saying Christians shouldn’t eat pork or shellfish or other things, I never hear them bring up this verse.

They also do not bring up the verses in Matthew 15 above either. And these aren’t the only ones.

Is it because these verses conflict with their dogma? Shouldn’t we ask if this dogma is really based on the Word of God?

What Foods Does the New Testament Say Not to Eat?

As we read about foods in the Bible, we begin to see what may appear to be contradictions.

But these are not contradictions at all. One thing I’ve learned about verses in the Bible that seem to contradict, it’s this:

Always determine the context of the passage before interpreting it.

In some passages it appears we are told not to consume certain foods, or not to drink wine.

In others, we find just the opposite to be written. What is the truth of the matter?

To find this truth, we must look at the context around the quoted passages, as well as who is being quoted.

Of course, the Bible is the word of God from cover to cover.

But there are many different situations and different people involved.

So we must be careful in our interpretation so we come away with the right understanding.

Do you still remember Matthew 15:18-19 quoted above? Earlier, Jesus had said something every bit as compelling:

Let’s be sure and guard our hearts.

Now let’s consider this circumstance encountered by Jesus and his disciples:

For the kingdom of God is not a matter of eating and drinking but of righteousness and peace and joy in the Holy Spirit. -Romans 14:17 ESV

Jesus points out that the Pharisees were contradicting themselves.

They were ruled by wicked hearts -making an outward appearance of righteousness, but inwardly, they were whitewashed sepulchers full of dead men’s bones.

Later, the Apostle Paul would write in his first letter to Timothy:

Now the Spirit expressly says that in later times some will depart from the faith by devoting themselves to deceitful spirits and teachings of demons, 2through the insincerity of liars whose consciences are seared, 3who forbid marriage and require abstinence from foods that God created to be received with thanksgiving by those who believe and know the truth. 4For everything created by God is good, and nothing is to be rejected if it is received with thanksgiving, 5for it is made holy by the word of God and prayer.

In light of this passage from 1 Timothy, I don’t think I want to be the first one telling people what they can and cannot eat.

At the same time, God’s Word makes an allowance for those who have different personal dietary needs:

When people discuss forbidden foods in the Bible, they are clearly talking about the Old Testament dietary laws.

These laws are not found in the New Testament. And the passage from Romans above cuts to the heart of the matter.

It’s easy to see why there’s some confusion and misunderstanding about it, so let’s take a moment and clear that up.

The Old Testament Laws restricting consumption of certain foods (Including Leviticus 11) are known as Ceremonial Laws.

They were only intended for God’s chosen people- the Jewish people.

That’s why we have the verse from Genesis (9:3) above proclaiming that God gave man every moving thing for food.

But the passage in Leviticus 11 refers to the ceremonial law that was meant only for the Jewish nation.

And how do we know that this important dietary law is reserved only for Israel? Well, it’s plain as day:

If it says “Tell the Israelites” and it doesn’t mention other people, it’s probably just meant for Israel.

What Does the Bible Say About Alcohol?

It’s easy for us to forget that refrigeration was invented very recently and advanced food packaging is only a few decades old.

We take these things for-granted and often fail to realize the lengths people had to go to just to stay alive thousands of years ago.

It was often very difficult to prepare and store foods. It was not easy to find sources of clean water.

You could grow grapes, but what do you do with them?

You certainly couldn’t store grapes for very long unless you crushed them to make juice.

But without refrigeration, the juice didn’t last long.

After a while –if the juice was handled and stored the right way, it would turn into wine.

The wine would be stored in a wineskin. If you couldn’t find clean water, you might end up drinking wine.

So the Bible is actually quite clear on the matter. Be careful. Don’t drink too much wine.

Be extra careful about causing a brother to stumble.

At my church, they ask everybody in a leadership position to abstain from alcohol. But the same is not required of everybody else.

Consumption of alcohol is sadly a large reason for vehicle traffic accidents and the death and misery that come from it.

Many lives have been tragically altered by a combination of automobiles and alcohol.

Why add to the tragedy with unhindered consumption of the stuff?

But abstinence is not required of everybody. Each one should be fully convinced in his own mind. (Romans 14:5b)